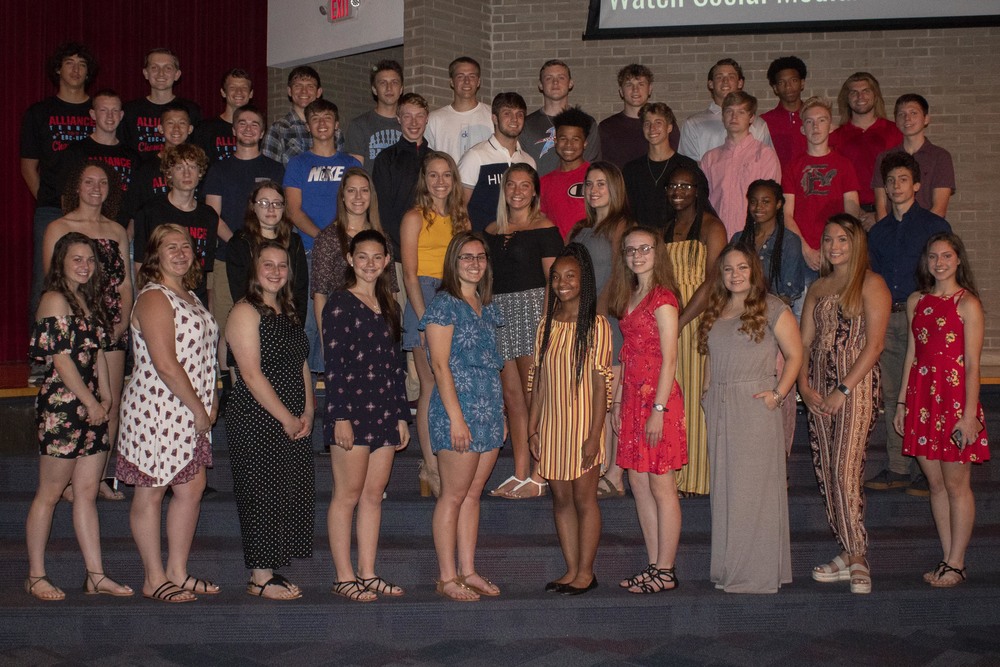 Boys’ Tennis EBC championship team, NET league regular season, tournament and overall champions were among the 117 athletes who received awards on Thursday, May 30.

“I just feel very fortunate to be able to coach a good group of young men who are skilled and really work had at their practice… thank you very much,” Boys’ Tennis Coach Lee Hood said

The Baseball team had an overall record of 20-10. They also placed second in the EBC League and their record for that was 8-4.

Baseball player, Gavin Bruni, played a perfect game and was named EBC player of the year.

The Division I District Boys’ Track Meet was held on May 17 and they finished in sixth place.

The Division I District Girls’ Track Meet was held on May 18 and they finished in ninth place.

“The Girls’ Track has been very successful, not with wins, but with individuals performances,” Girls’ Track Coach Gary King said in an email to Red and Blue Staff

Lawyer Penird, a member of the Tennis team, was named EBC player of the year by all of the coaches.

“Congratulations to all athletes, parents, coaches and go Aviators.”