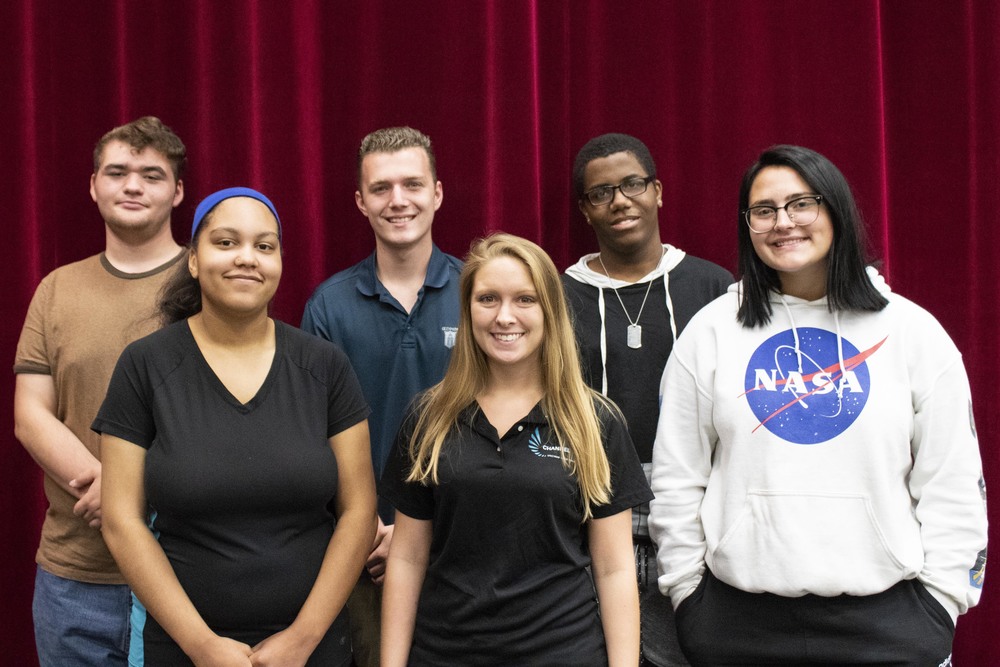 The Alliance High School Media Arts students and Spectrum Cable Channel 1022 staff received eight Philo Awards from the 2019 Philo Film Festival of Media Arts. In the last ten years, the Media Arts program and Channel 1022, previously Channel 11, has received nearly 100 Philo Awards for their submissions in a number of categories.

“Each year, the staff spends several hours reviewing past programs and deciding which ones are worthy of entering various categories,” said Kyle Schwarz, director of Channel 1022. “We were very excited to win eight of the ten categories we entered this year, which was a first. Each year, we generally win four to six.”

“We are especially proud of the live production award for the Carnation Queen Pageant,” Schwarz said. “Doing a live broadcast is different than our regular shows which are planned and edited. During a live broadcast, the director, audio engineers and videographers must be on their toes at all times because these types of productions are not scripted, so we have to be quick to call and frame shots and adjust mics.”

The Philo Awards are presented at the annual Central States Region of Alliance for Community Media Conference. The conference is for community and educational television stations in Ohio, Indiana, Kentucky and Michigan. Last year, the conference was hosted at Alliance High School for the first time. This year the conference will be held in Wyoming, Michigan. The Media Art Students and Channel 1022 staff attend the conference every two years and will not be attending this year’s conference.