This search form uses an instant search feature. As you type, search results will appear automatically below the search field. When you've entered you desired search terms use tab to navigate through the available results and hit enter to open the selected page or document.
Strings Were Spooktacular at 10th Annual Concert
Jon Smith
Friday, November 03, 2017

The Alliance High School and 8th grade orchestras performed another successful “Strings Spooktacular.” The concert was the tenth annual for AHS and featured the students wearing Halloween costumes and playing festive songs. The orchestras were directed by Ms. Crystal Sabik and Mr. Thomas Roblee.

The concert began with the 8th grade orchestra performing “Skin and Bones” by Michael Story and “Gargoyles” by Doug Spata. Middle school principal Mr. Troy Russell, in costume,  introduced the orchestra and gave descriptions of the songs.

The high school orchestra then took the stage to perform. AHS Assistant Principal Dan Oberhauser was also in costume as he introduced the songs: “Waltz of the Wicked” by Kirt Mosier, “The Evil Eye and the Hideous Heart” by Alan Lee Silva and “Curse of the Rosin Eating Zombies from Outer Space” by Richard Meyer.

“The Evil Eye and the Hideous Heart” was inspired by Edgar Allan Poe’s iconic short story “The Tell-Tale Heart.” Mr. James Ballor did a dramatic reading of the story while the orchestra played. Mr. Roblee added percussion.

The concert concluded with the combined orchestras performing “Goblin Dance” by Doug Spata, while students from the 7th grade orchestra passed out candy to the audience.

The students worked very hard to produce a successful performance. Junior orchestra member Stefan Thalacker said, “My favorite part was playing with the eighth graders. It’s a great opportunity for them to get to play with the high school orchestra.”

Freshman Nikki Cox was pleased with her first Spooktacular as a high school student.

“I think as an ensemble we did pretty well,” she said.

Cheyane Benning, a junior, chose “Curse of the Rosin Eating Zombies from Outer Space” as her favorite song at the concert.

“My favorite part was when my friend Stefan got to scream during the song. It was very funny,” she said.

Ms. Sabik said the idea for the Halloween-themed concert 10 years ago was a good one.

“It allows us to play some different music and it attracts more people to the concert,” she said.

The AHS orchestra’s next concert will be Dec. 11 at 7:00 pm at Alliance High School and will also feature the AHS choirs. The 8th grade orchestra will perform again Dec. 12 at the AMS Winter Arts Night. 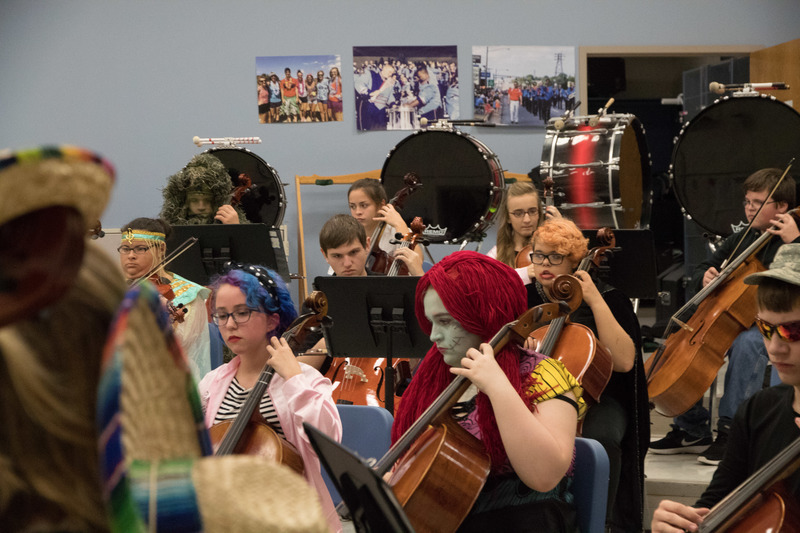 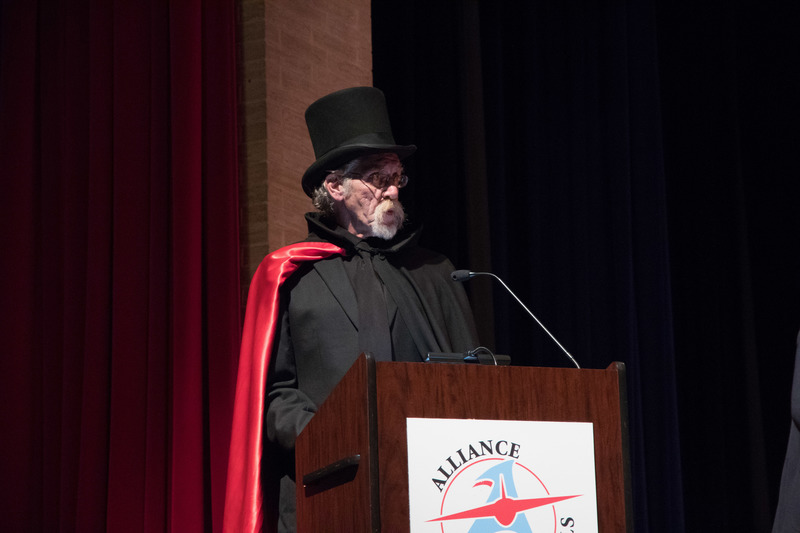 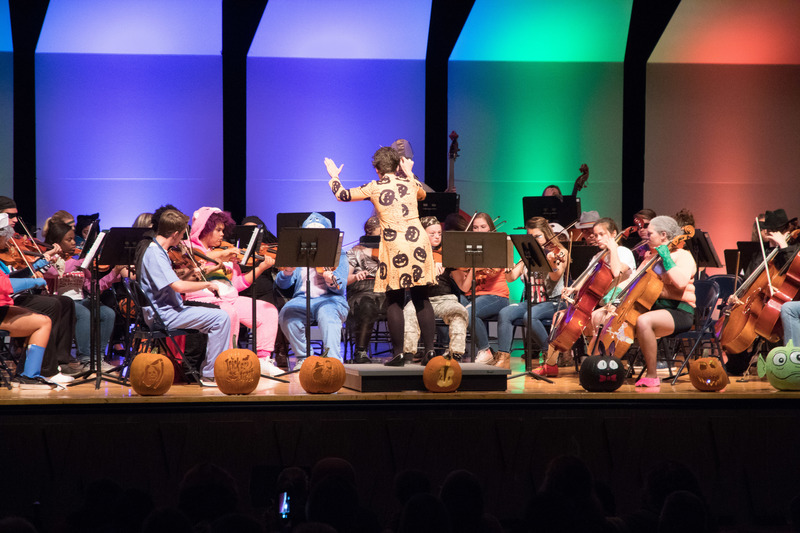 Students in the strings section practice for the Strings Spooktacular concert 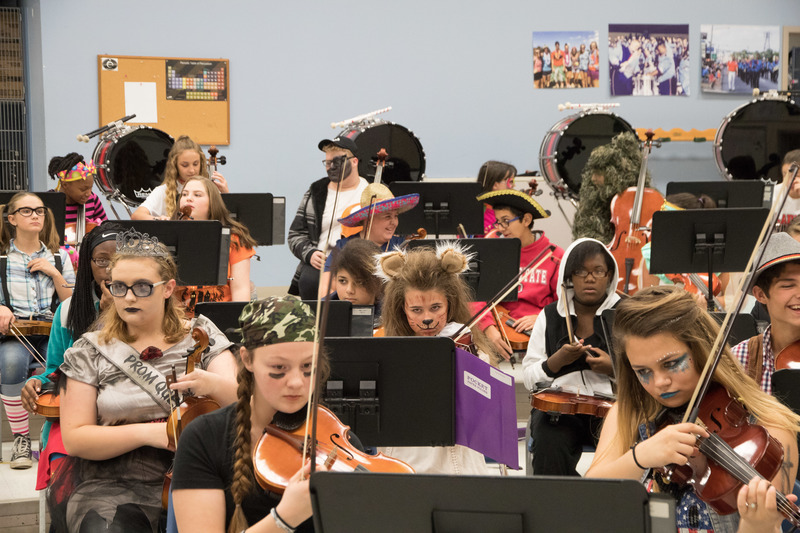