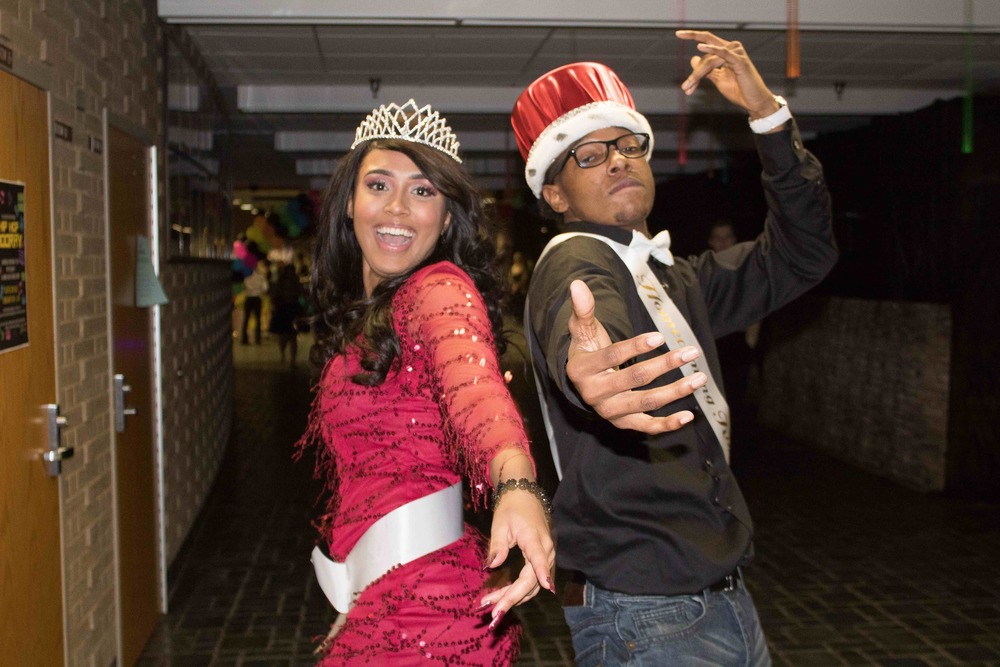 Full of neon colors, black lights, and graffiti, the Alliance High lobby was a flashback to the ‘80s and ‘90s, the Golden Age of hip hop.

A graffiti wall created by Interactive Media classes and balloons by Just For Fun pieced together the theme of the dance, “Hip Hop Hooray.”

The king and queen were crowned at the basketball game against Canton South on Friday, when the Aviators won 72-51. Austin Lilly was crowned king and Diamonique Colbert was crowned queen.

Senior attendants on the court were Kiara Bennett and Gene Rodgers. Other members of the court included juniors Cheyane Benning and Quinton Yoho; sophomores Ke’Aijah Hawkins and Sebastian Fisk, and freshmen Meghan Frazier and Blayne Reith.

Many students said this year’s dance was definitely one to remember. Advisor Abbey Blake did a wonderful job organizing the dance, attended by more than 200 students.  AHS graduate Carson Parmenter, aka “DJ Head Trauma,” provided the music at the dance, as always.

Many hours were put into transforming the lobby. Officers of the Class of 2020 decorated Saturday morning from 9 till noon.

Students loved taking photos in front of the graffiti wall. Interactive Media student Cassie Billiter created the wall using Adobe Photoshop. She included images of iconic figures from the ‘80s and ‘90s, like Michael Jackson, Madonna and L. L. Cool Jay, who is one of the artists who made hip hop popular.

The enormous image of the graffiti wall was printed out in poster-sized squares. Billiter and Interactive Media students then wheatpasted the squares onto a board to make the wall.

“The decorations were lit,” said Queen Diamonique Colbert. “I liked the whole hip hop theme and I had a great time.”

“I really enjoyed the decorations at the dance. They were colorful and creative,” said junior attendant Quinton Yoho.

“This winter formal stood out from all the other dances because of the unique theme,” he said. “It was different then what we usually do. I had a lot of fun hanging out with all of my friends and enjoyed seeing everyone happy.”

Senior Korryn Jackson said, “The decorations were very pretty and I had a great time.” 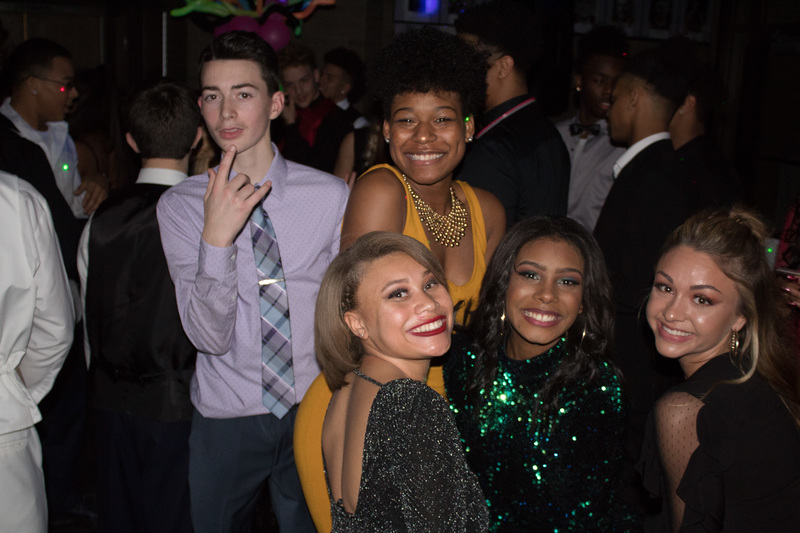 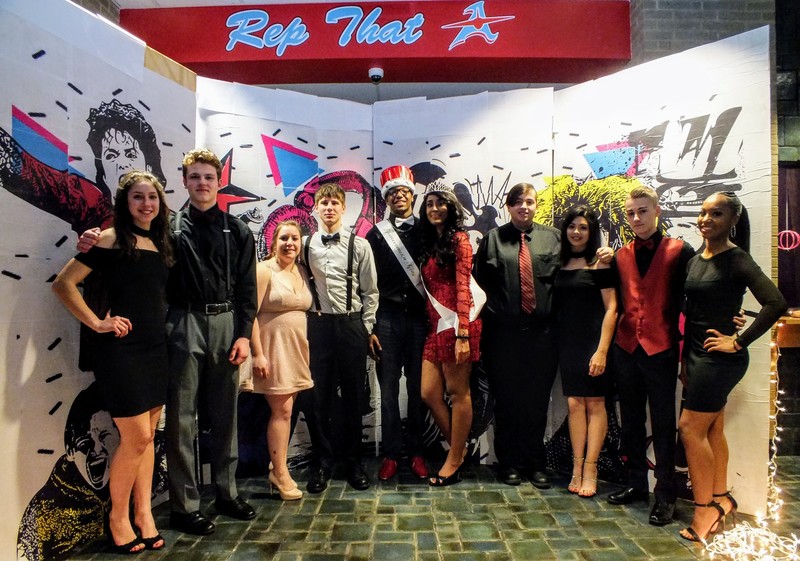 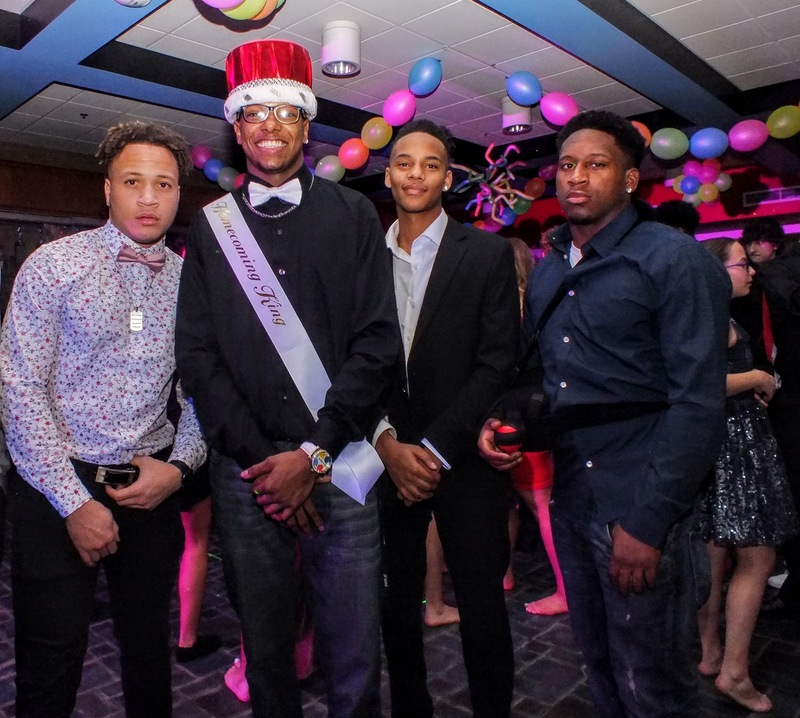