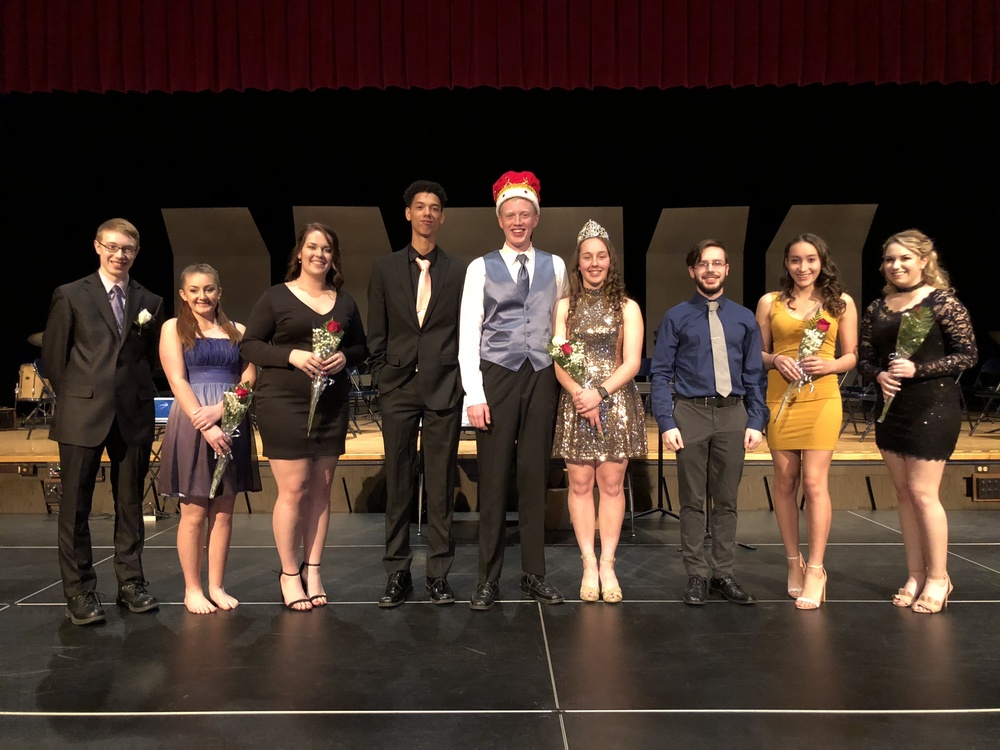 This year’s Band Dance was definitely a night to remember. The theme of this years dance was “Let’s Glow Crazy.” It was full of bright neon lights, an indoor smores bar, amazing caricatures, a candy bar, and a glow bar. The Band Boosters put a lot of work into it and made it an amazing night for the students.

During the dance, students could help themselves to a bright neon lemonade, punch, pizza, cookies, chips, and chicken. Students in band were able to invite other students, non-band members, to enjoy the night as well.

The queen from last year’s band dance, Brianna Smith, came back to crown this year’s royalty.

We had former Alliance High School teacher, Ron Hill, back again for the second year doing caricatures. Also a huge shout out to Mr. Robb Quicci and the Interactive Media class for the photo booth. The students absolutely loved it.

“The dance was amazing. I thought it was the best one I’ve ever been to,” said senior Madalyn Waggoner. “The theme was awesome and I thought the band parents did an amazing job decorating.”

“I enjoyed the dance. Everyone was in a good mood and it was a great atmosphere to be in,” said freshman Eric Whitacre.

“The night went glow-riously,” said Mr. Fontaine. “The kids had fun, danced, ate, and seemed to enjoy themselves thoroughly - and so did I.”

“I want to say a big ‘Thank You’ to the Band Boosters for putting on a wonderful event!” he added. 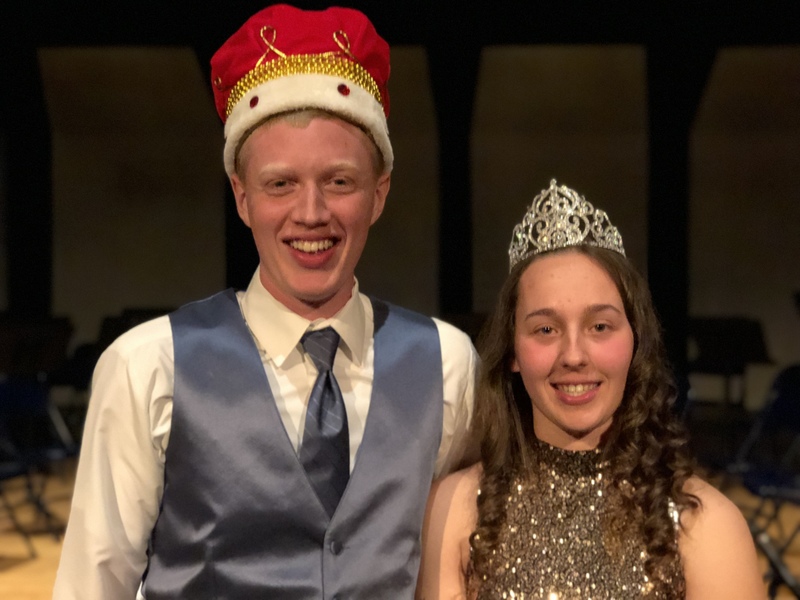 Seniors Caleb Huff and Madalyn Waggoner were voted king and queen of the 2018 Band Dance.