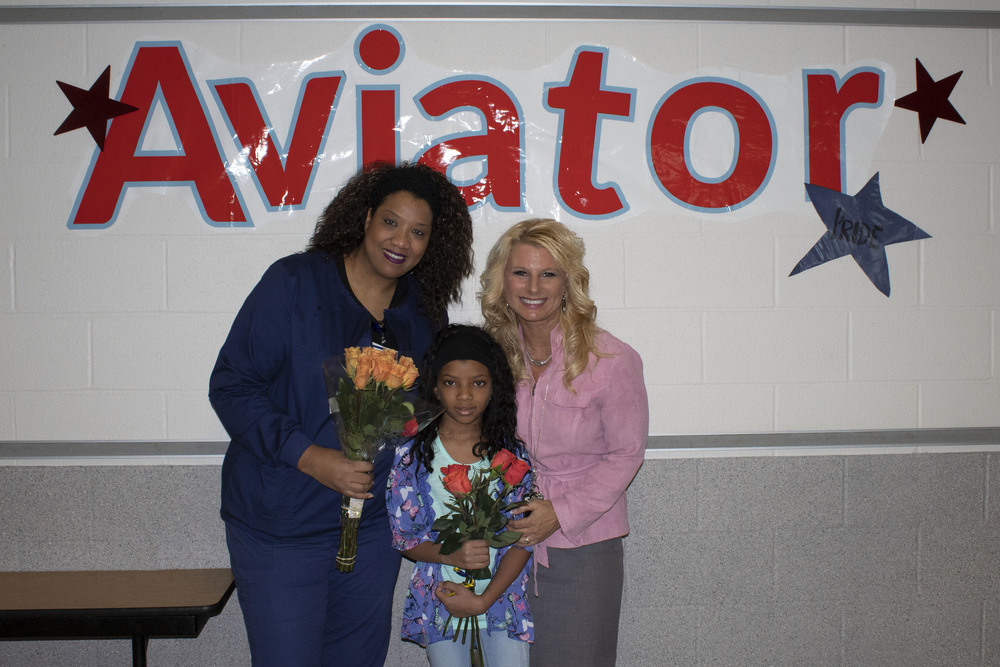 Rockhill Elementary School hosted an assembly to discuss the hidden differences people have.

“I want to discuss how sometimes we say how on the outside people look happy and aye-okay,” Principal Michelle Balderson said. “But then they have somethings, a disease or illness, something going on the inside that we don’t even know about.”

Balderson decided to show the students in first through third grade how every person is different even if we can’t see their differences. The idea stemmed from a third grader at Rockhill named Armani Clark who has alopecia, which causes her hair to fall out.

Clark was diagnosed with alopecia at just a few months old and has had it ever since. It wasn’t too bad for Clark when she was younger, but as she got older, it started to progress causing patches of hair to fall out.  As she has gotten older, her fellow students began to ask questions about her hair. Over the past few years, she has tried to keep it from her classmates. For a while, Clark wore hair pieces to hide the fact she had alopecia, but, recently, she was given a wig to style and wear, giving her the freedom to create her own look.

“Mrs. Balderson and Rockhill School have been very supportive,” Clark’s mother, Candace Lalli, said. “I can’t say enough about them.”

Lalli attended the assembly. The heartfelt messages of support she heard for her daughter caused her to tear up and appreciate the staff and students at Rockhill even more.

“Armani is a wonderful little girl,” Balderson said. “Who is positive and who has that wonderful growth mindset that we talk about.”

Balderson explained how all the students and staff at Rockhill are a family and they are there to support one another and be nice to one another.

“That’s the reason we are here today,” she said. “We are here to celebrate our individuality, who we are. There is no one else like you.”

Lalli was hesitant to support the assembly. She didn’t want her daughter to be made fun of or ridiculed. Her fears vanished when she saw Clark’s peers smiling and hugging her to show how much they care about her.

During the assembly, Balderson discussed how she has arthritis in her hip, which the students wouldn’t know just by looking at her just like they wouldn’t know about Clark. A couple of teachers talked with the students about celiac disease, which requires them to avoid gluten. Tracy Lahr, the counsellor at Rockhill, even discussed her son having diabetes. The speeches led up to the discussion of alopecia and describing it to the students.

A clip of Clark receiving her wig was even shown to the students, who were all impressed to find out their classmate had been featured on the news when she received her wig. The wig was done for free by a lady in Cleveland who works to provide wigs for kids with illnesses that cause hair loss like cancer and alopecia.

Balderson presented Lalli and Clark with roses and thanked them for sharing their story with the school.

A fundraiser was held the following day to raise money for alopecia research. The students were able to bring in a dollar and wear a hat during school.