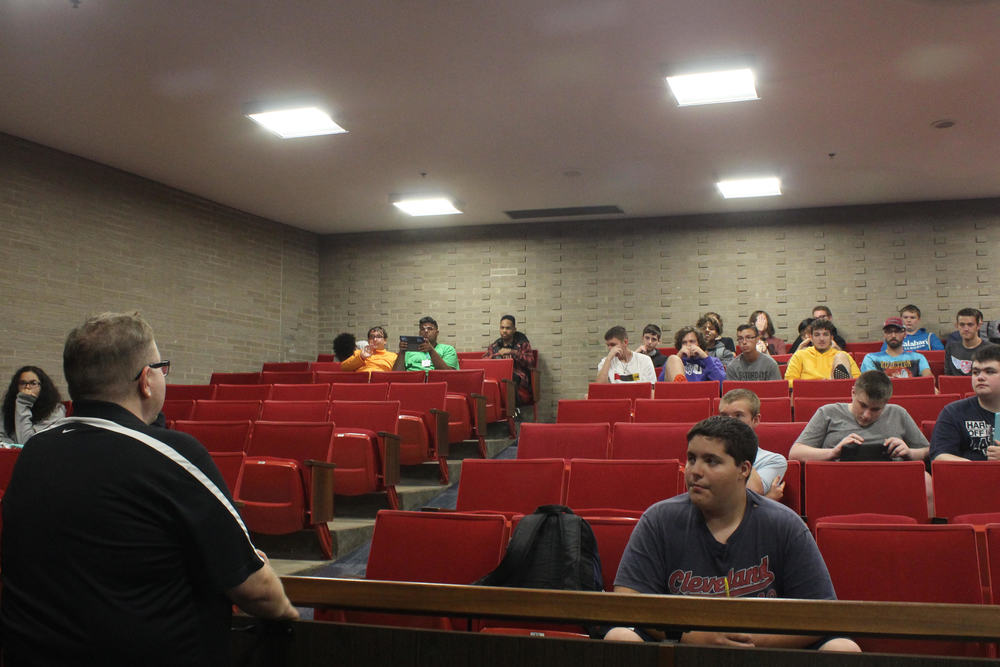 The newly-formed eSports team at Alliance High School already put one in the win column, claiming victory in “Rocket League” in a scrimmage against Genoa High School.

Those interested in the team met Aug. 28. They were divided into Varsity (mostly juniors and seniors) and JV teams, with mini-teams for each of four games. Players can compete in a single game or multiple games.

Alliance is now part of the eSports Ohio League, which consists of 57 schools around the state. AHS is the first school in the Eastern Buckeye Conference to have an eSports team.

“We thought it would be really cool to get Alliance in on the ground floor,” said Coach David Hammers, who teaches English at the middle school. “And to pioneer a sport as a coach is an opportunity that does not come up very often.”

The PCs were already available through Project Lead the Way, the middle school’s STEM program. They will be used as the practice and competition consoles.

Gaming mouse pads and gaming headsets were purchased for the team, along with the Nintendo Switch, a console similar to an Xbox.

Hammers said eSports are quickly growing in popularity. AHS is following in the footsteps of its neighbor, the University of Mount Union, which launched its first team and eSports center this fall.

“I think kids who aren’t athletic and who play video games at home should have the chance to experience the social setting of a sport,” said Tyrese Watson, who joined the team.