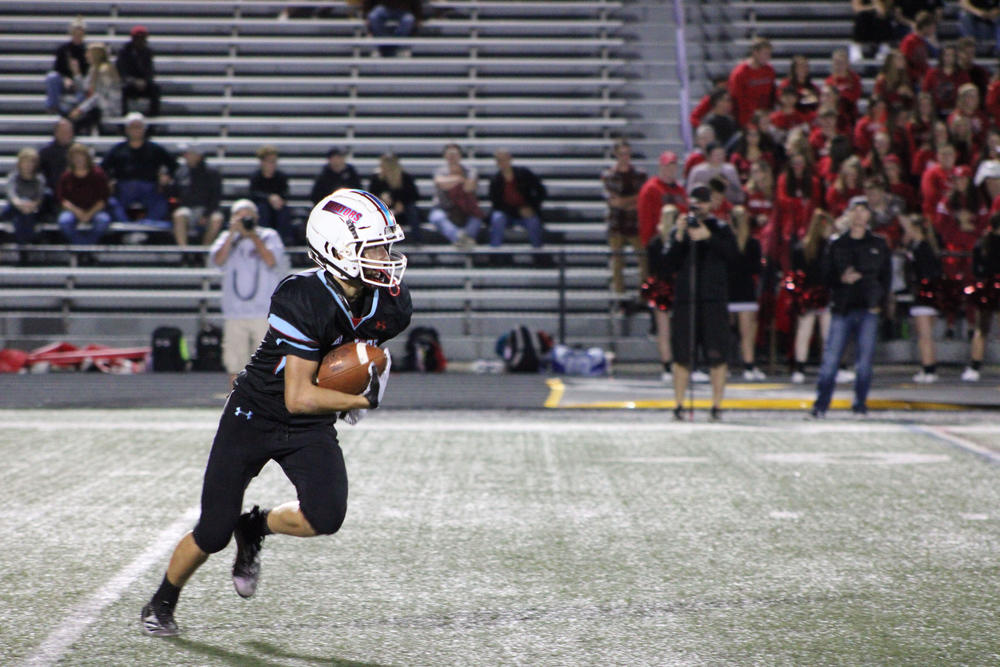 On Friday Oct. 11, the Alliance Aviators faced off against the Salem Quakers at Mount Union Stadium. The Aviators defeated Salem, which improved their record to 3-0 in the EBC conference and 4-3 overall.

The Aviators played a dominant first half on both sides of the ball especially the defense who had two turnovers, an interception by Dylan Bugara and a fumble recovery by Brenden Sims.

The offense was dominant as well with Jeff Talbert scoring twice and Braidyn Hartsoe filling in as the backup quarterback for starting quarterback Brandon Alexander. The Aviators were up 10-0 at the end of the first half.

The second half was rough for the Aviators on offense and the defense in the 4th quarter especially. The Aviators almost lost the lead to Salem at the end of the 4th quarter. It was 24-6, the Aviators had about six minutes to go and that’s when Salem started their comeback. They recovered an onside kick, converted on one of their two point conversions, and scored two touchdowns.

When Salem recovered the onside kick they were only down 24-20 and had a chance to win the game. They were at the Aviator 31 on 4th down and long with about 30 seconds to go.

Michael Sines made a great play on the deep throw down the sideline and batted the ball away and it was incomplete and the Aviators held on for the win.

Junior, Blayne Reith, who plays center field, said the game got scary in the second half.

“We played a solid first half on both sides of the ball especially on defense but in the 4th quarter it was a bad finish for us and Salem made it interesting and scary for us at the end. They made our defense and special teams look silly but we were able to get another W in the EBC and that’s all that matters,” he said.

The coach echoed his sentiments about the end of the game.

“I loved the way we played in the first half and I especially loved how Braidyn filled in for Brandon at starting quarterback, but the 4th quarter I didn’t like at all. I was hoping we could play a complete game but Salem used our mistakes we made and made the end of the game interesting but, at least we got the W,” said Head Coach Seth Whiting.

The 4-3 Aviators now look ahead to their next EBC game against the struggling 0-7 Carrollton Warriors on Oct. 18 as they look to improve to 5-3 overall and 4-0 in the EBC.

Following the Football game was the Homecoming Dance on Saturday, Oct. 12, the students of AHS were surrounded by little kids who ran around as munchkins.

Student Senate Advisor, Nicole Boehm chose the theme The Wizard of Oz because it was her “favorite movie as a child.”

Approximately 460 students attended the dance. This was about an average number compared to previous years. There was a Great Oz decoration and yellow brick road photo backdrop that Robb Quicci and his Nerd Lab Interactive Media designed. Student Senate rented all of the characters from A Personal Touch decorating company. Student Senate members did all of the decorating from the yellow brick road to creating Oz in the gym. Just For Fun Balloon Art created the spinning tornado, the gates to Oz and the hot air balloon. 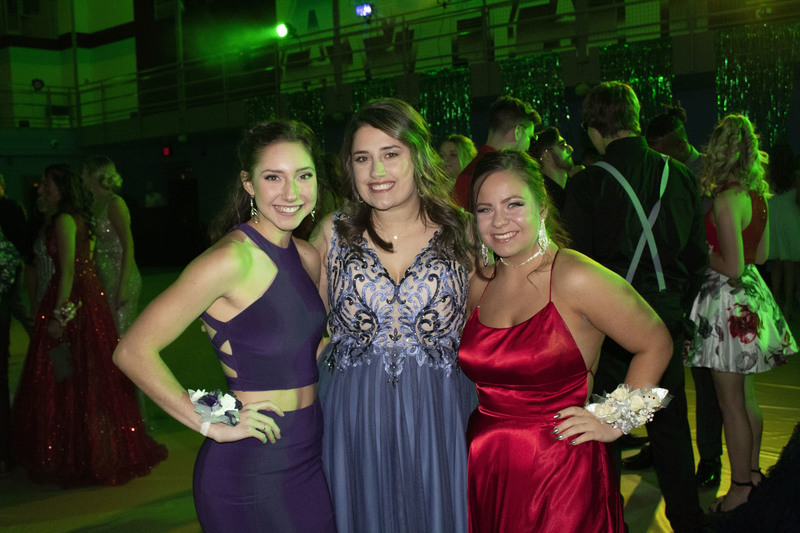 Some of the Homecoming court explained what they valued about the experience.

“Amazing because everyone asked me to take pictures with them. It’s like I’m famous,” Homecoming King, J’Dynn Seals, said.

“It was cool winning it,” Junior Grant McGeehen said.

Another student who attended the dance, Senior Katie Blake, thinks that this Homecoming “is the best one that they’ve had” in her four years at AHS.