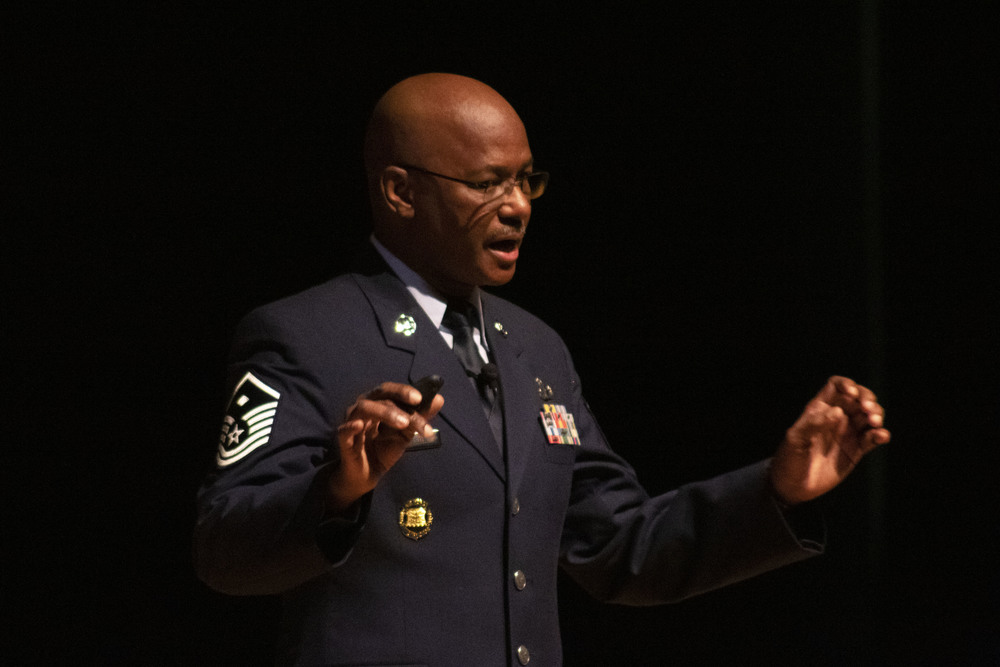 Johnson enlisted in the United States Air Force in 1983 and spent nearly 25 years of active duty before retiring in 2007.

“One of the things about serving, regardless of the branch you served in, is that there’s always a sacrifice,” Johnson said. “There were times when I wanted to be at birthday parties, but I had to be there serving my country.”

During his 25 years of service and Johnson had many opportunities, including being deployed in Turkey and Saudi Arabia, visiting places such as Hawaii and Puerto Rico and attending events with Presidents Bill Clinton and George W. Bush.

“I’ve experienced a lot of great things because I served in the United States Air Force,” Johnson said.

Johnson spoke about his time in the Air Force and how grateful he is for the opportunity he had to serve his country and for the experiences it provided him.

“I am proud of the service that I gave to this country, but also proud of the opportunity that the country gave back to me. To be able to be there and have the experiences I never would have had,” he said.

During his speech, Johnson also explained the core value of the Air Force to the students - integrity first, service before self and excellence in all that we do. He believes these values are not just important in the Air Force but for every person.

Johnson encouraged the students to never forget the sacrifices that were made for them to have the lives they have.

In 2014, Johnson and his wife Brenda, both graduates of AHS, moved back to Alliance. They founded Family Empowerment Ministries Inc. and have created a number of programs including Sing for Your Supper and Lunch with a Leader for local youth to take part in free of cost.

Students from the AHS welding and fabrication classes presented Johnson with a plaque they made for him as a thank you for sharing his story.

The Veteran’s Day assembly is organized each year by Joe Beichler, a teacher at AHS. Every year, he speaks to the students about the history and importance of Veteran’s Day.

“I would like to thank all of the veterans past and present who have sacrificed for all of the rights and freedoms that we have, and especially those who have humbly given their lives for those freedoms we enjoy each day,” Beichler said. 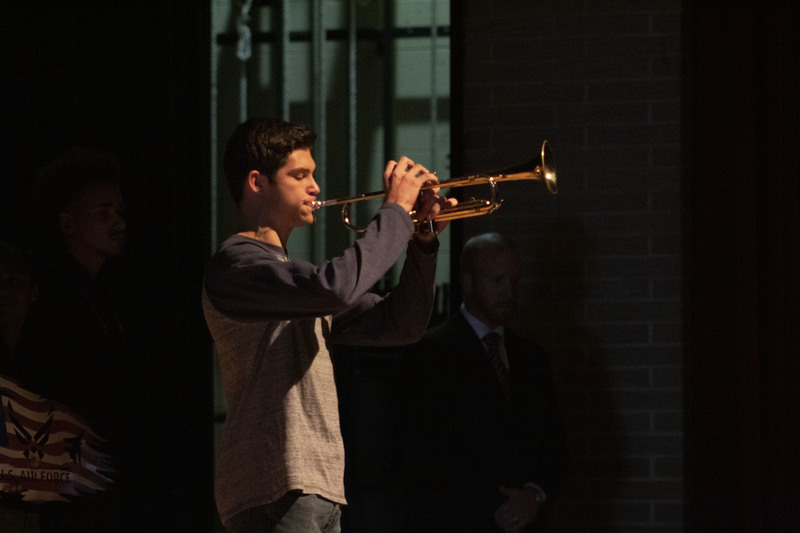 The AHS choirs gave a stunning performance of the Star Spangled Banner along with the AHS band performing songs such as “God Bless America.”