This search form uses an instant search feature. As you type, search results will appear automatically below the search field. When you've entered you desired search terms use tab to navigate through the available results and hit enter to open the selected page or document.
Winning on the Road
Jon Smith
Thursday, October 19, 2017

Winning on the Road

The Alliance Aviator football team traveled to Carrollton last Friday and defeated the Warriors by a score of 38-7.

Up 28-0 at halftime, the Aviators were able to build on their lead slightly in the second half leave no doubt in the game.

The offense was paced by Howard Frazier, who ran for two touchdowns and threw another to Tyler Williams.  Duce Johnson added another great game to his resume, finishing with 204 rushing yards and two touchdowns of his own.

Cameron Cox lead an Aviator defense that was stout throughout the contest.  He came up with both an interception and fumble recovery on the night.

The most noteworthy performance of the evening, though, probably came from the field goal unit.  In an effort to extend the lead to 30 and get a continuous clock, Sam Denny nailed the first field goal in his career as an Alliance kicker.

After the journey to Carrollton, the Aviators return to Mount Union Stadium to take on the Minerva Lions this coming Friday for senior night. 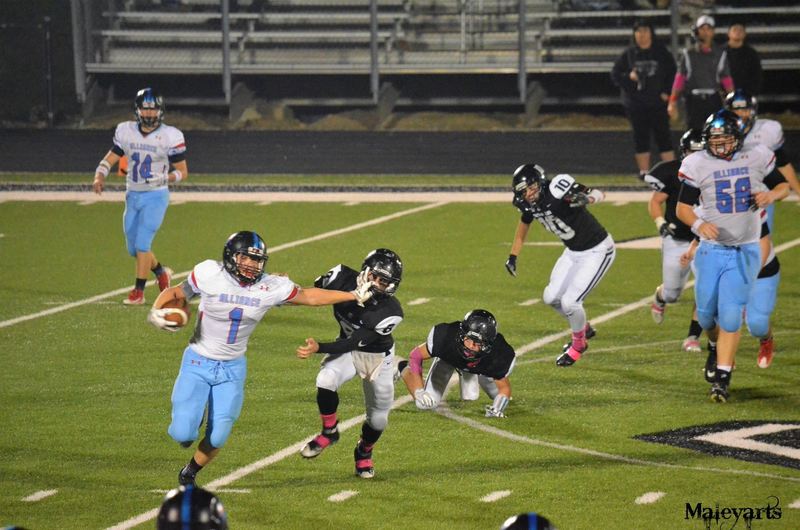