This search form uses an instant search feature. As you type, search results will appear automatically below the search field. When you've entered you desired search terms use tab to navigate through the available results and hit enter to open the selected page or document.
​Marching Band Blasts
Jon Smith
Monday, October 30, 2017

Concert is “Final Countdown” for the Season

Attendance was great and the sound even better at the AHS Marching Band’s fall concert.

The band, consisting of more than 120 members, played music from their halftime shows during the football season.

The theme for the season is an “All Request Show.” The selections included “Final Countdown,” “Shut Up and Dance,” “Bad” and “Dream On.” Later in the season came “No” and, by request of the seniors, “Cold-Hearted” was added to the show.

Joe Kelley, who has had five children in the band and has held every office in the Band Boosters including president, was recognized for his service.

“He is the only parent who has been involved all 13 years that I have been the director,” said band director Shaun Fontaine. “During that time he has chaired multiple committees include the fall/spring sports program, raised money for uniforms, Rotary flag routes, chaperoned countless football games, worked the concession stand, and probably did every possible job.”

Fontaine said he was “very pleased with the turnout of the concert. It’s been a great season.”

Under the direction of Fontaine, Thomas Roblee, Heather Shive and student teacher Desiree Carrion, the band began preparing for their season at the end of June. The band members learned appropriate marching style, and also worked hard on learning how to march and play at the same time.

“I enjoyed the season and I liked the songs we played this year,” said sophomore MarTisha Blue.

“This is the best we’ve sounded in a long time. I enjoyed ending my last year of marching band with such a great band,” said senior Emma Glass.

“I enjoyed it and had a good first year,” said freshman Taylor Raffle.

“I’ve been observing the band all season and noticed the change,” said student teacher Desiree Carrion. “I enjoyed Senior Night a lot. The seniors were pumped up. I’ve never been to a school that gave the seniors such a great opportunity like that.”

Director Shaun Fontaine listens to the band as they rehearse for the Oct. 24 concert

Madalyn Waggoner plays a solo on the mellophone 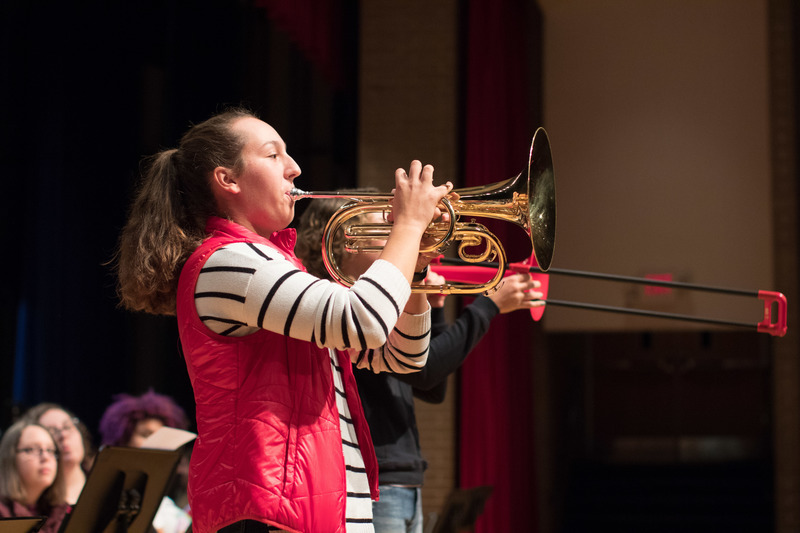 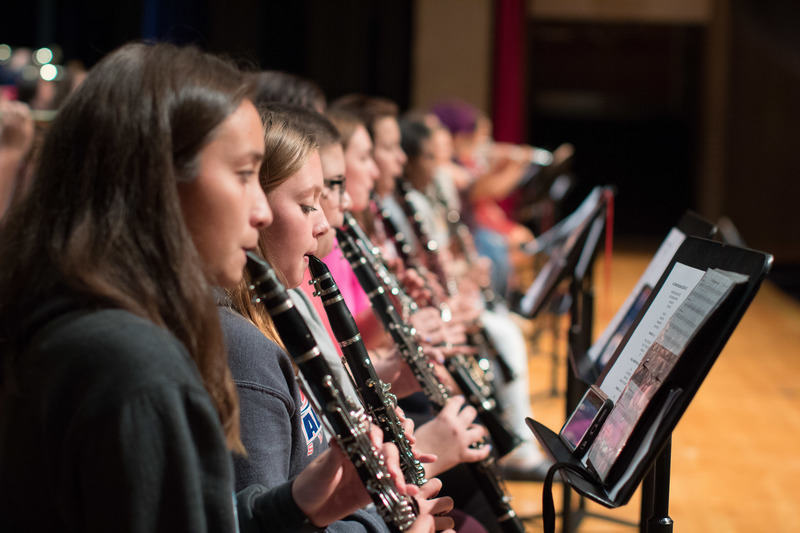 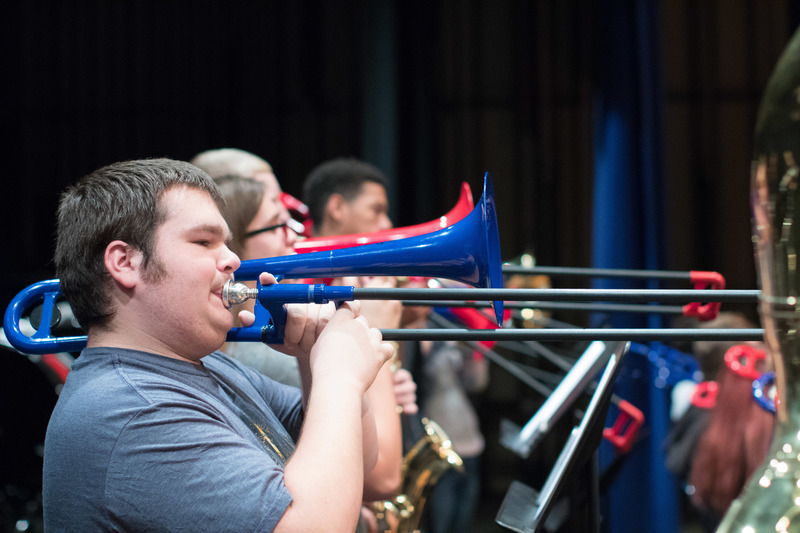