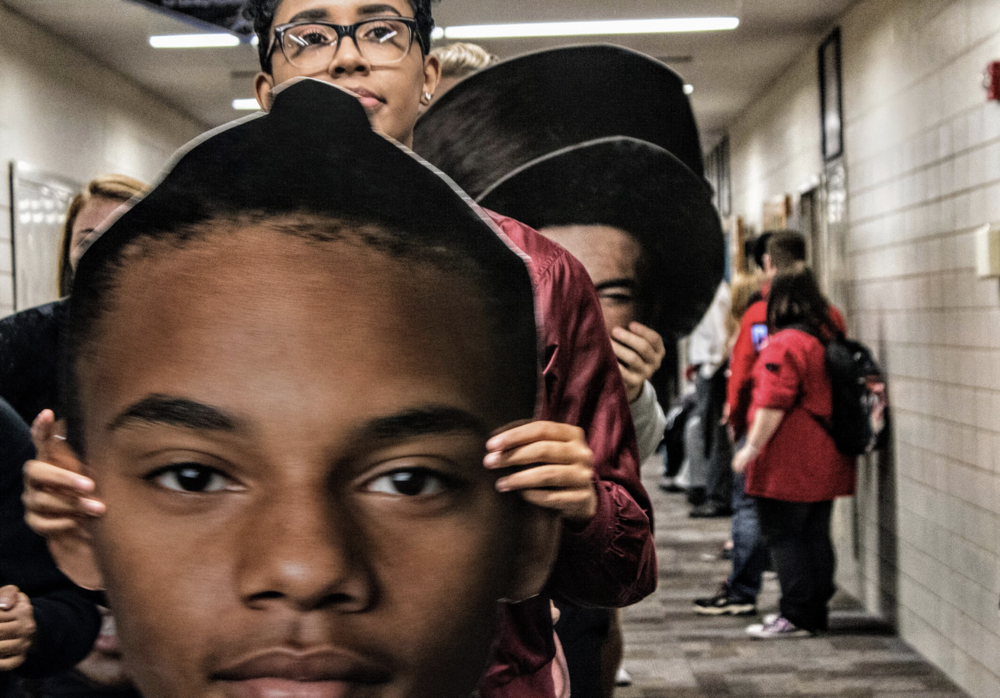 Big heads were a big part of the pep parade at Alliance High on Friday.  Cheerleaders, football players and marching band members paraded through the halls at 2 p.m. to show their support for the Aviators as they prepared to face Notre Dame-Cathedral Latin in Chardon that evening.

“It was great to see everyone come out and support the band, cheerleaders and football team,” said Will Kinser, a junior, who played trumpet with the band and recorded the parade with a GoPro camera mounted on his head.

“I think we should do these parades more often,” he said. 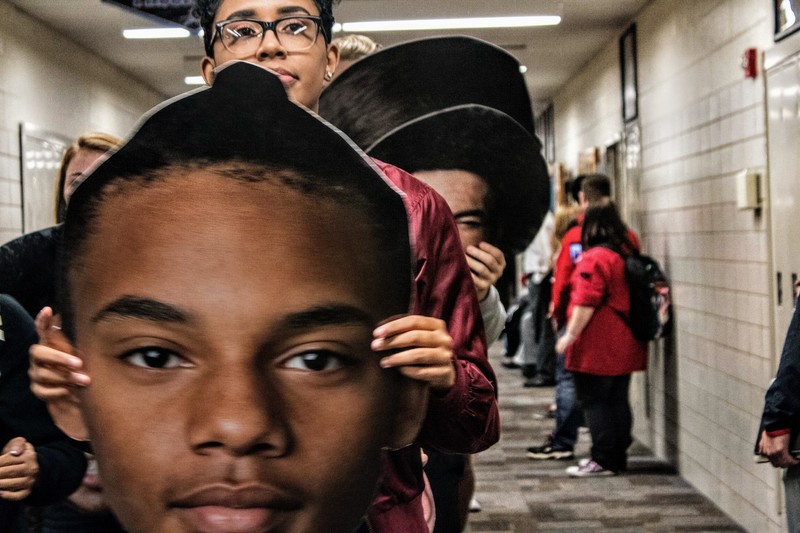 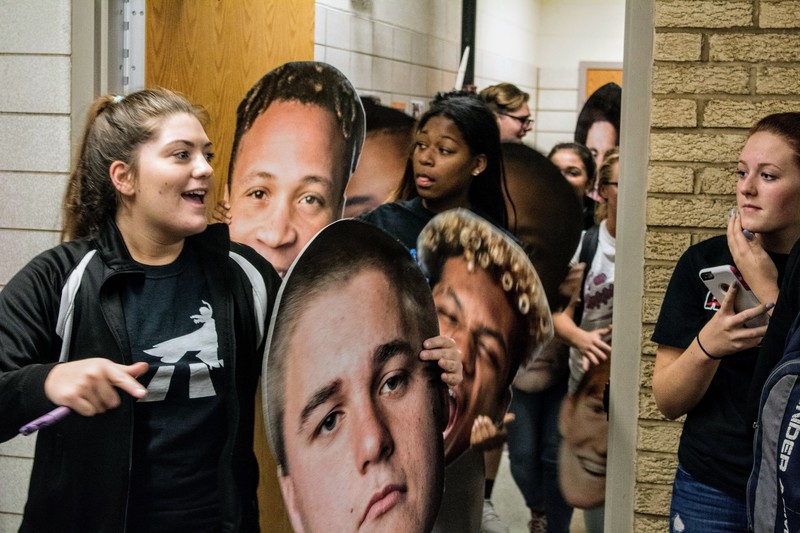 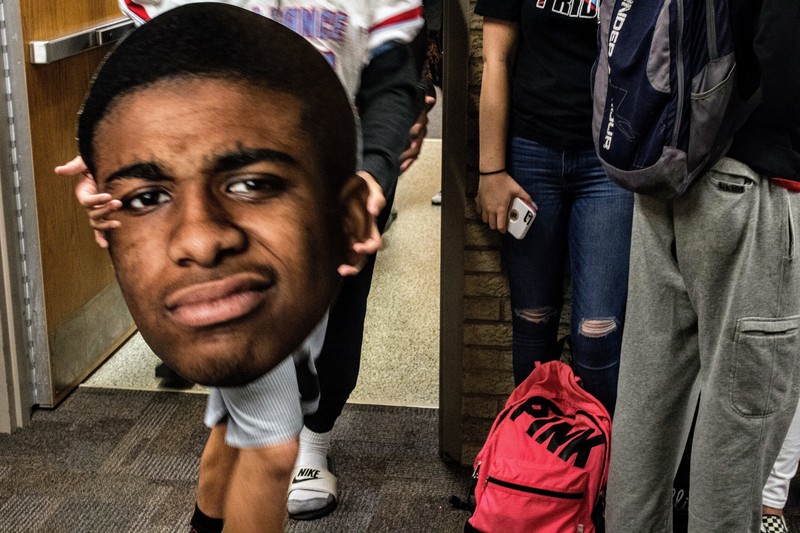 The big head of Tyler Johns overshadows that of Knowah Smith 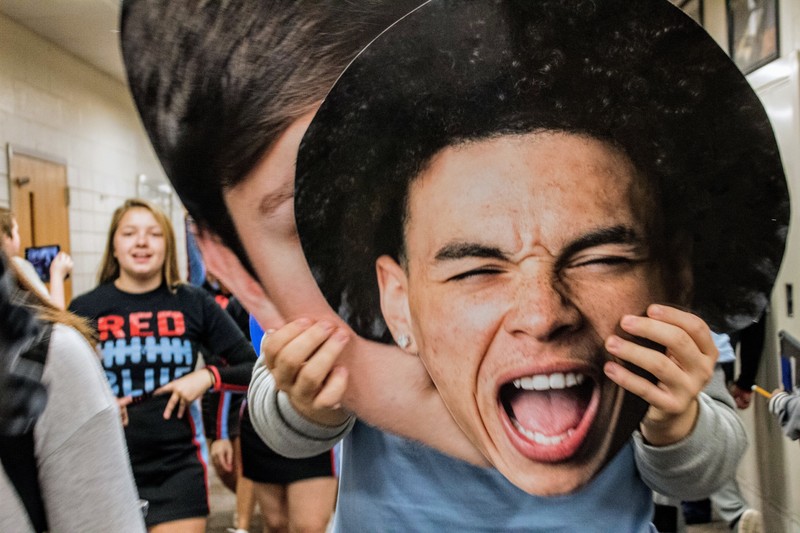