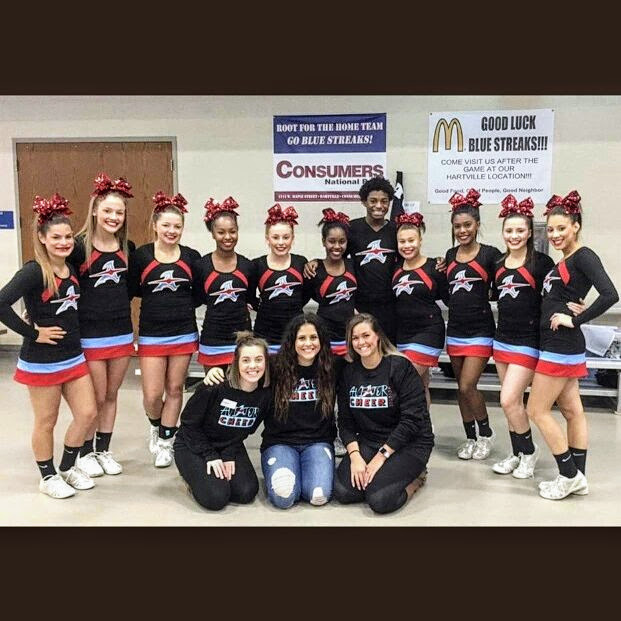 The Competition Cheer Squad took first place in their division, plus first- and second-place individual honors, in the season’s first competition Nov. 11 at Lake High School.

“That made the team Grand Champions of the day,” said Coach Jaclyn Mothersbaugh. “It’s a separate trophy, and the most desired award.”

In addition, junior Allison Waggoner placed second in the jump-off, and freshman Khairee Mitchell placed first in the tumble-off.

They are coached by Mothersbaugh, Breanna Martin and Katie Arbitter.

This group of girls - and guy - are members of the Varsity and JV cheerleading squads. They bring new skills to the table, including a full-twisting layout by Mitchell, Alliance’s second male cheerleader.

The Northeastern Buckeye Conference competition will held in January. The team is also hoping to make to the state competition at The Ohio State University in March.

“I really want to make it to State again,” said Mariah Ohman, a junior.

Last year’s squad was only the third in AHS history to make it to the state competition. To make it that far, the team has to qualify at one of the regional competitions.

That means training hard in the months leading up to the competitions.

“Our biggest strength is our confidence,”  said sophomore Ke’Aijah Hawkins, who was on the competition squad last year.  “And we don’t have any drama, which is good.”

“This year’s team is good,” said freshman Jaycie Miller. “I feel like we’re going to do well at competitions.”

Coach Jaclyn Mothersbaugh said her goal for the season is to place in the top five at State.

“Every single person is willing to work for it and do their part,” she said.

“Even though we’re small, every person has their strengths,” she said. “And when we put them together, we are strong.”

The Competition Cheer Squad performed remarkably well in their first outing. More is  expected from this team as they continue to work hard. 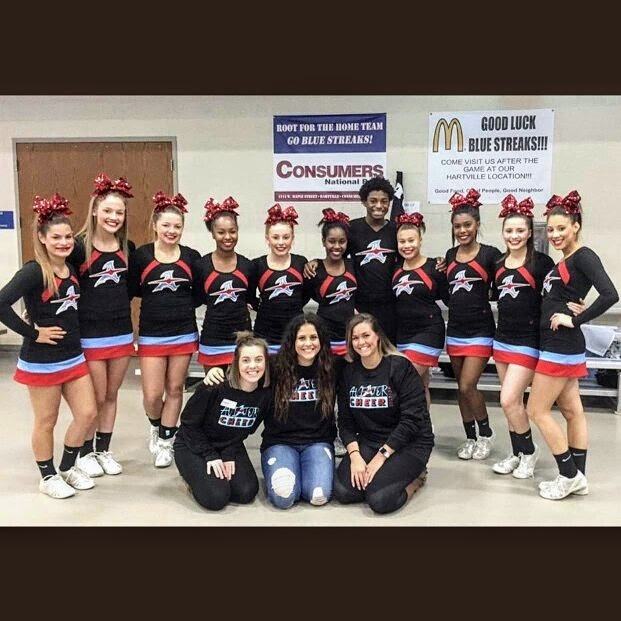 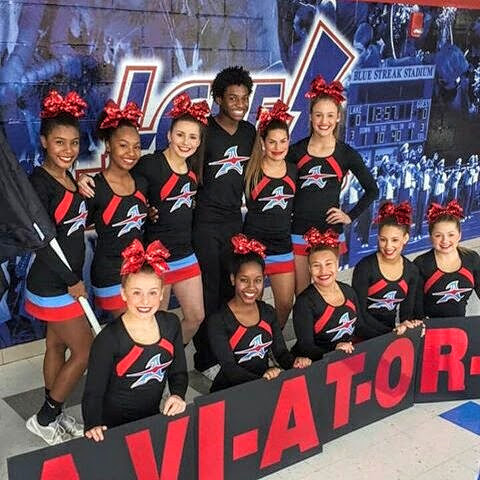