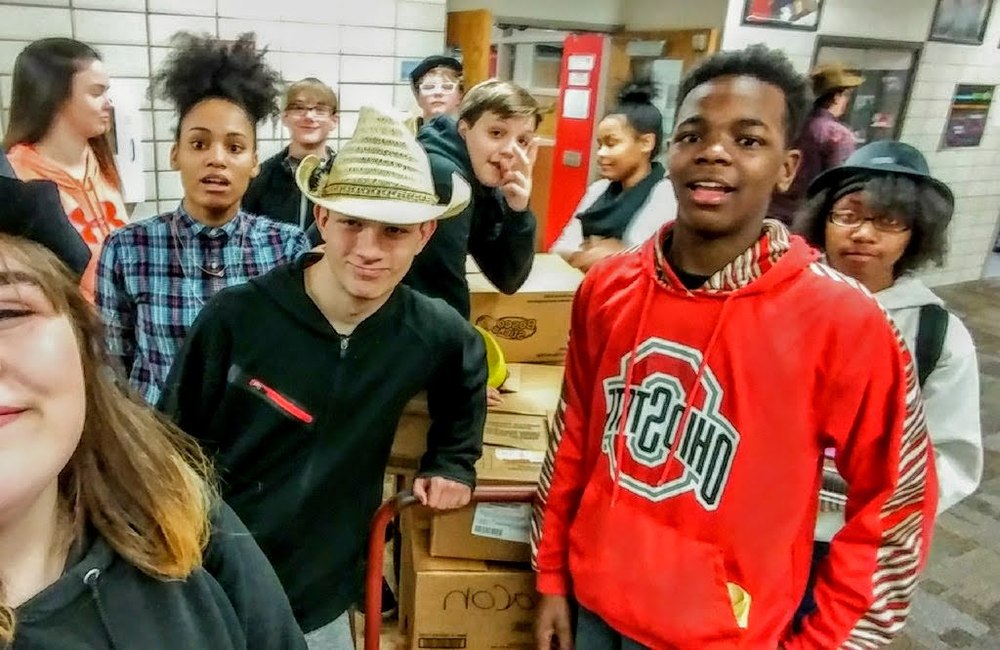 Every year since 2010, Mr. Chris Shively’s freshman history classes have participated in the Oregon Trail, a competition that takes place in the halls of Alliance High.

“I like students to be able to do an activity that forces them to make lifelike decisions that relate to historical events,” Shively explained.

In the weeks leading up to the event, his classes learned about the westward expansion of the United States. Each student had to choose a name and an occupation for themselves that would have been popular in the mid-1800s.

They made journals on their iPads that they continually updated as they learned more about supplies they would need, responsibilities they’d have, which forts they would visit on the way, and more.

The actual Oregon Trail activity involved teams of 15 students. Each team was given a wagon and 15 cardboard boxes that contained their “supplies.”

During the activity, students travelled with their “wagons’ to different checkpoints where they would get a card. The card might instruct the team leader to choose a team member to “die” of something like cholera or a broken limb.

The card could also force a team to stay still for an extra minute, or lose one of their supply boxes.

Throughout the activity, other high school students were welcome to imitate buffalo and “attack” wagons by knocking off boxes. The goal of the game was to have the most boxes left, the least deaths, the most money remaining, and the fastest time.

“The most difficult part of this trail was making decisions as a whole team,” said Kevin Zurbrugg.

“The game was fun, and a good way to learn about the struggles people on the trail went through,” said Matthew Eversdyke.

“My favorite part of the trail was the Vanessa West Pass,” commented Elizabeth Davidson.

The Vanessa West Pass is Shively’s name for the auditorium. Davidson’s group had trouble in the pass when their wagon was attacked.

The winning team was led by Michael Kelly, the wagon train leader, and Alaina Church, the doctor. They had the most boxes left and had no fatalities.