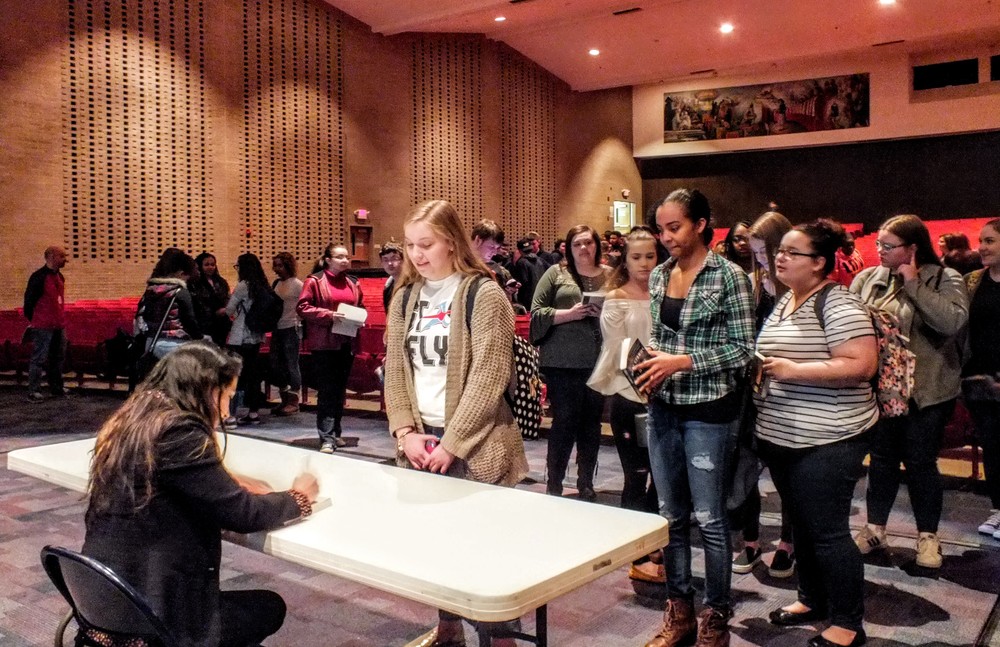 Students Learn “What Stands in a Storm” One Book Author Speaks at AHS
Red and Blue staff report
Monday, March 26, 2018

“April of 2011 broke records for all the wrong reasons,” said Chris Schillig, Alliance High English teacher and member of the One Book, One Community committee.

The impact of the Alabama tornadoes is the subject of “What Stands in a Storm” by Kim Cross. She spoke Friday to students who read the book in English classes taught by Schillig, Madeline McClellan, Ingrid Risden, Stacey Breedon and Barbara Mudrak.

“It’s not a book about tornadoes, but people,” she said. “People who weather the unthinkable and lift each other up.”

Cross, a writer and editor for Southern Living magazine, was dispatched along with other teams of reporters and photographers to the 21 states impacted by the biggest tornado outbreak in history. There were 324 fatalities, 252 of those in Alabama.

The journalists looked for common themes that would still be relevant when their articles came out in the magazine four months later. Faith was the first, because it is a way that many people - especially Southerners - cope with disaster.

The second was food.

“Any time there’s a crisis, people have the urge to feed each other,” Cross said. “Maybe they can’t fix it, but they can feed the people who are wielding chain saws and shovels.”

The third was fellowship. Cross gave the example of a memory quilt that blew 75 miles from its home. People posted photos of lost items and documents on social media and sometimes their owners - like the young woman who lost the quilt - were found.

The magazine stories inspired others to help, including people in Holt, England, who sent aid to storm victims in Holt, Alabama. A photographer offered free portraits to those who had lost their family photos in a storm.

“Nothing is too small to matter,” the author said.

Cross took a year to write the book, with a goal of writing 2,000 words a day. That is not easy when all the writing involves interviewing and reporting, not to mention science.

She said the hardest part was deciding on which characters to include. She focused on three University of Alabama students who lost their lives in the tornado that hit Tuscaloosa and spent many hours interviewing their mothers.

Mothers who have lost children are often “avoided after the initial loss because people don’t know what to say,” Cross said. “But many times they just want to talk about their kids. Letting them share stories helps them keep their children’s memory alive.”

Cross said she hopes that her book will inspire readers to help others in a crisis. And to protect themselves when tornado warnings are issued.

“Maybe someone will think of one of these characters and go to the basement or bathroom,” she said.

The One Book, One Community program is made possible through a collaboration between the Friends of Rodman Public Library, the University of Mount Union,  the Greater Alliance Foundation and the Alliance Review. 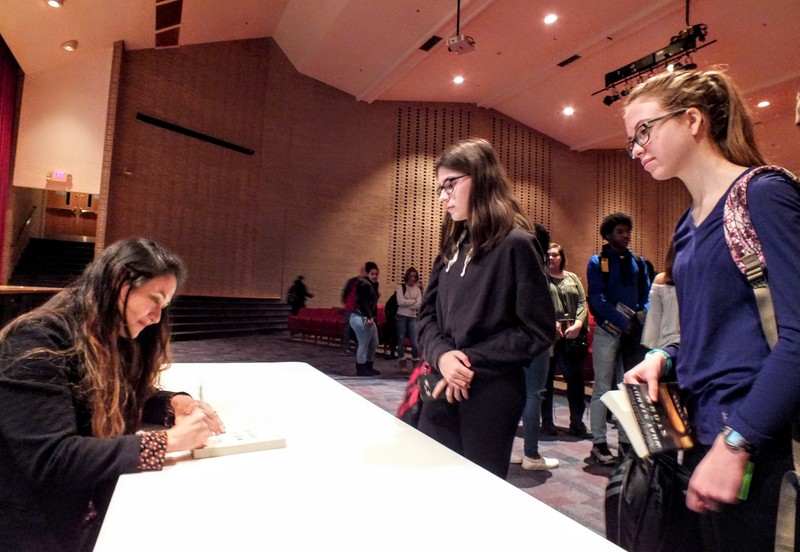 Author Kim Cross autographs copies of her book, “What Stands in a Storm,” for Rachel Murdoch and Julia Schwartz 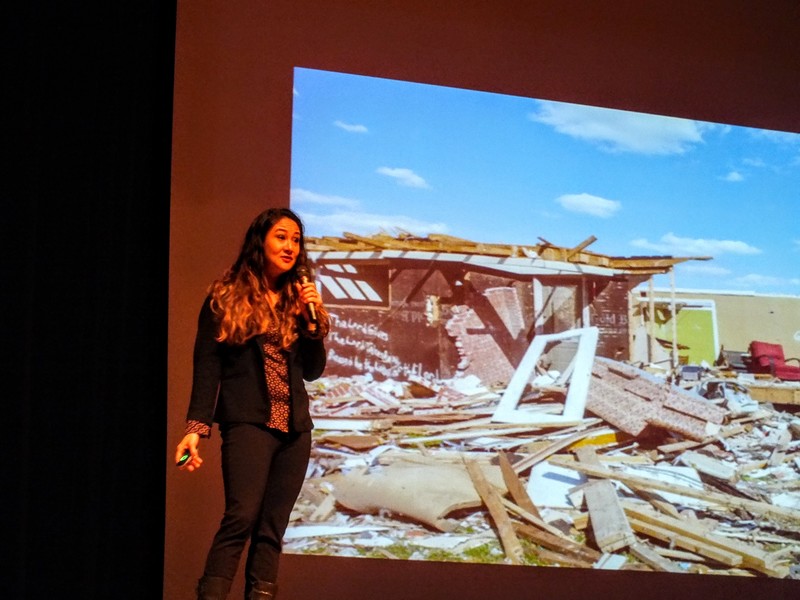 Kim Cross, author of "What Stands in a Storm," shows a photo of a house that was destroyed in one of the tornadoes that hit Alabama in April of 2011