James Spann has been on a 40-year mission to fight “cry wolf syndrome” and save lives.

Spann, the iconic meteorologist with ABC 33/40 in Birmingham, Alabama,  is a common thread through “What Stands in a Storm,” the One Book, One Community selection for the Alliance area.

The book by journalist Kim Cross documents the super storm outbreaks of April, 2011 - the largest tornado outbreak in the history of recorded weather - and their impact on Alabama. The state was hardest hit in the disaster, with 62 tornadoes and 252 deaths in a 3-day period.

“No one should accept that,” Spann said of the number of fatalities in his home state. “I never imagined something like that would happen on my watch.”

Though many think Tornado Alley in the Plains is more prone to these disasters, moisture from the Gulf of Mexico and warmer temperatures combine to make tornadoes in Dixie Alley stronger and more deadly, he said. And it is not uncommon for residents in this area to hear tornado warnings on an almost-daily basis during the warmer months.

When they hear those warnings so often and nothing happens, residents tend to ignore them - what Spann called “cry wolf syndrome.”  So he makes it his mission to talk to schools and community groups about the need to take cover in response to tornado warnings. And as he did for the high school students, he shows photos of those who lost their lives in the 2011 storms.

“Miss Minnie’s car was lifted,” he said as a portrait of an older woman appeared. “Why was anyone out driving in these storms? She must have been listening to music and didn’t hear the warning.”

“This is Angel Stillwell, a sixth grader,” he said. “I spoke to her class just a few months before.”

He also showed photos of three of the college students who were killed when an F4 tornado hit Tuscaloosa, near the University of Alabama campus. The three - Loryn Brown, Danielle Downs and Will Stevens - were featured in the book.

Spann said he and other scientists were haunted by the fact that despite their efforts to warn Alabama residents, “252 precious people died. Why?” After the disaster, meteorologists began working with social scientists to find answers and save lives in the future.

They concluded that in addition to “cry wolf syndrome,” the No. 1 reason that people did not take cover was “siren mentality, the notion that you’re going to hear an air raid siren before a tornado,” Spann said. “This is World War I technology. You’re not going to be able to hear the siren as the storm is raging.”

Spann said the No. 2 reason is lack of NOAA weather radios. Like smoke detectors, every home should have at least one to get tornado warnings issued by the National Weather Service. Also, people with smartphones should make sure emergency alerts are enabled and not just rely on the standard weather app, he said.

Finally, the third thing that people should do to protect themselves in a tornado is put on a bicycle helmet. Most homes in the South do not have basements, so people must go to an interior room and protect themselves as best they can. Even so, occupants can be hit by shrapnel, flying glass and other debris, or they can be carried off by the wind. A common bicycle helmet can protect against head injuries.

Spann attended the funeral of an 8-year-old whose family was “taken aloft” when their home was destroyed by one of the tornadoes. The rest of his family survived, though some were seriously injured. The boy died primarily of head injuries.

“I liked that we learned tornado safety and how to prevent deaths when tornadoes happen,” said Jacob Craig, a junior.

“I learned that you shouldn’t wait for the tornado siren because you won’t be able to hear it during a bad storm,” said Ellarose Lashley, a senior. “He said we should get weather radios that tell when there’s a tornado in your area.”

“James Spann's virtual visit was the perfect way to cap our reading and discussion of ‘What Stands in a Storm,’ ” Schillig said. “He offered important safety tips for surviving a tornado.”

The One Book, One Community program is made possible through a collaboration between Rodman Public Library, the University of Mount Union,  the Greater Alliance Foundation and the Alliance Review. 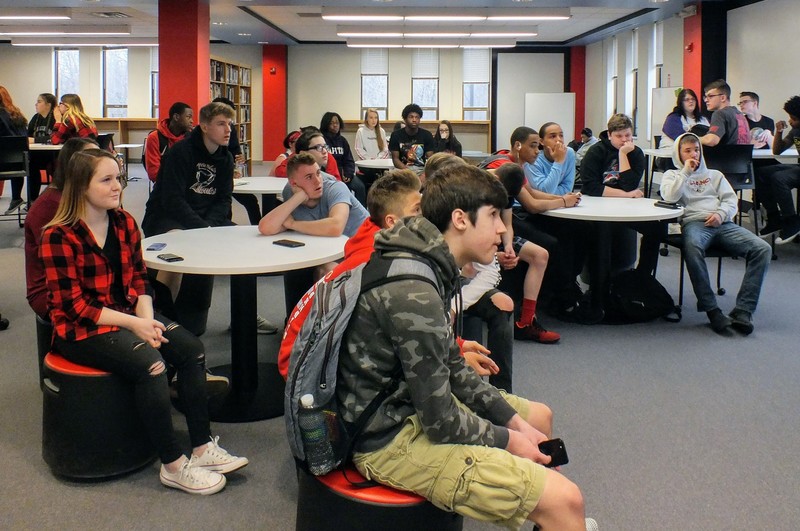 Freshmen who read "What Stands in a Storm" listen to meteorologist James Spann talk about the tornado outbreak of April, 2011 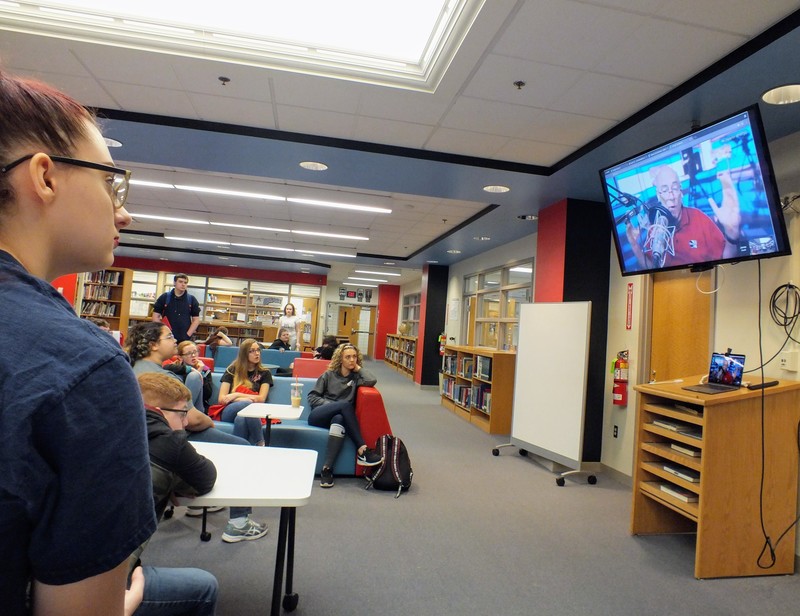 AHS junior Karleigh McCracken was among the Alliance High students who talked to meteorologist James Spann as part of the One Book, One Community project.