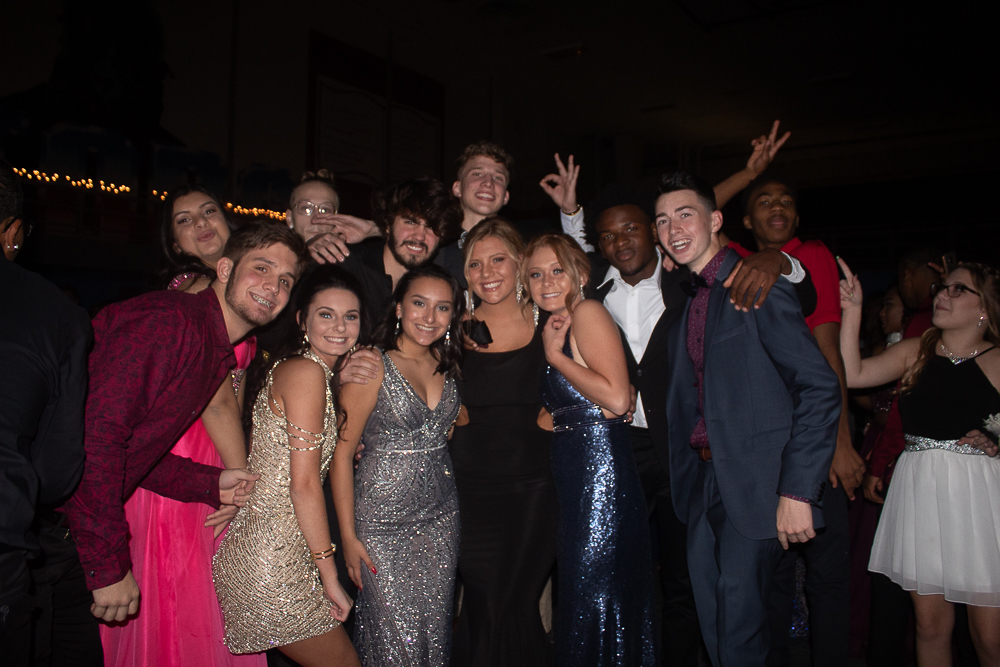 It was a dark and stormy night, and students at Alliance High School celebrated Homecoming accordingly.

The theme was Alliance Horror Story, in the spirit of the abbreviation for American Horror Story: AHS.

It was chosen by members of Student Senate, who spent four hours Friday night and six hours Saturday transforming the lobby and gym.

They succeeded in making both places look more like a haunted house than a high school. A Personal Touch decorating service supplied gargoyles with glowing eyes, the grim reaper, an alien, and creepy crawlies everywhere.  Just for Fun balloon art created the giant spider hanging from cobwebs in the lobby ceiling.

As the Homecoming court was announced, balloons dropped from the ceiling and students caught them like candy from a piñata.

Cameron Cox and Ki’Errah Martin were crowned Homecoming king and queen. Allison Waggoner, and Devyn Jones were the senior attendants.

Robb Quicci and his Nerd Lab Interactive Media students designed and created the backdrop for the photo booth and once again provided the use of their photo booth equipment. Music was provided by HeadTrauma Entertainment.  Refreshments were donated by Student Senate members and parents.

As the Student Senate advisers, Elizabeth Davis and Nicolle Boehm were in charge of the dance. “Approximately 400 students attended, which is in line with previous years,” Mrs. Davis said.

“I was very pleased with how the Student Senate members worked to bring the theme to life,” she said. “It’s rewarding to have attendees in awe as they walk into the lobby.  Our goal is to make them feel like they aren't at school, but instead are transported to another place for the dance.”

His classmate Carli Cooper agreed, “I had fun! I liked the pretzels.”