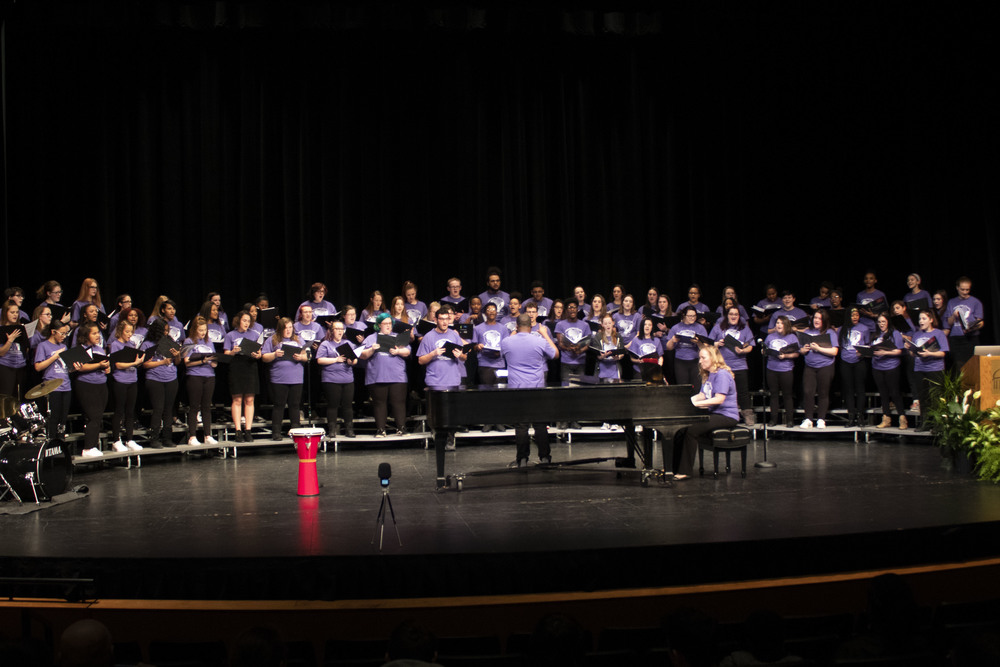 On Thursday, Feb. 7, the third annual Pathfinder Award Assemblies began with Dr. Gloria Malone and Mayor Alan Andreani being recognized as trailblazers to success. The first of three assemblies was held at the University of Mount Union.

The Pathfinder Award Assemblies were created in 2017 by the Alliance City School District to recognize men and women who serve as inspirations. The recipients of the awards are Alliance High School alumni who have been inspirations locally or outside of the area and Non-AHS alumni who have made a difference within the Alliance area. There are five categories of awards in which a person can be recognized: Arts and Science, Business, Citizenship/Government, Education and Humanitarianism.

Malone, a former teacher at Alliance City Schools and professor at Mount Union College, received the Education Pathfinder Award. She grew up in Alliance, attending Franklin Elementary School, where she later began her teaching career. She received a Bachelor of Science degree from Central State University at Wilberforce, a Master of Education, Master of Arts and Doctorate of Philosophy from Kent State University.

Following her time as an elementary teacher, Malone taught at Alliance High School before moving on to teach English at Mount Union College. After retiring from Mount Union in 1990, she worked as a visiting professor for a year at Ohio Northern University.

“It has been an honor and a privilege to receive this award,” Malone said. “I have never regretted my teaching experience. Thank you so much.”

His career began at Marlington Local Schools in 1972, where he started out as a teacher. He held a number of positions in the district before being named the superintendent in 1993. He remained in that position until 2001. He also worked as an adjunct professor at Ashland University and Mount Union College. In 2004, Andreani was elected Council-At-Large for Alliance and served until 2011. In 2012, he was elected mayor and currently remains in the position. 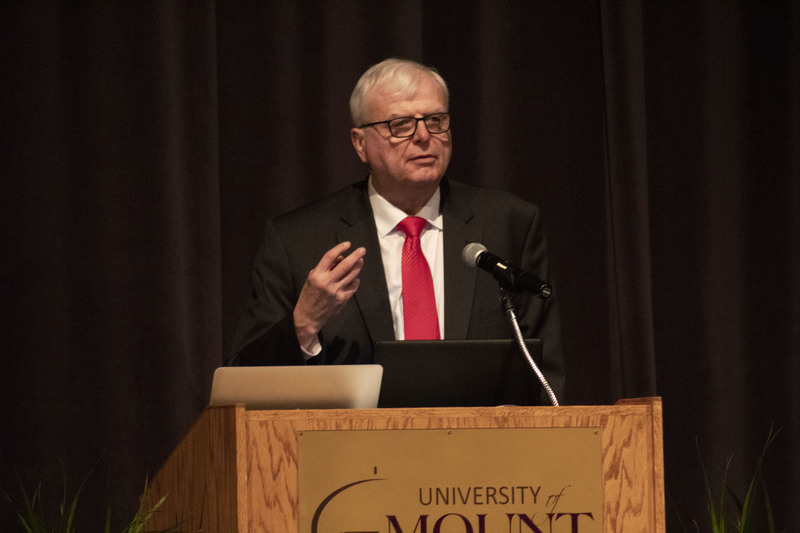 “I want to thank Alliance City Schools- Superintendent Talbert,” Andreani said. “I want to thank the board of education and everyone involved here. Judge Lavery, who is here today, I thank you from the bottom of my heart for all you have done for Alliance, and we hope to continue moving Alliance forward. Thank you very much.”

The Pathfinder Award Ceremony held at Mount Union is part of the Black History Month Celebrations and as such, the University brought in Dr. Fania Davis as the Keynote speaker. Her lecture was titled “Restorative Justice at the Intersections of Racial Justice and Indigeneity.” Davis is one of the leading voices in the nation on restorative justice and is a co-founder and former director for the organization Restorative Justice for Oakland, which spreads its teachings throughout the country.

Davis grew up in Birmingham, Alabama where she saw firsthand the intolerance, violence and racial injustice towards African Americans.

“Because of pervasive racial terror, we knew my native city as bombingham,” she said. “The murder of two childhood friends and the Birmingham Sunday School bombing in 1963 crystallized within me a passion for justice leading to a lifetime of activism.”

It wasn’t until after she received her Ph.D. that she discovered restorative justice. The current society in America is centered around retributive justice. This system asks three questions when a crime is committed- what law was broken, who broke it and how should they be punished? Restorative justice focuses on finding out why the crime was committed, what can be done to prevent it from happening again and the healing of all who were impacted by the act.

Another main point in Davis’ talk was the School-to-Prison Pipeline.

“Many schools today are pushing students into pipelines of incarceration and violence.,” Davis explained. “The School-to-Prison Pipeline means we are criminalizing our children instead of educating them. It means that schools are starting to look like prisons- windowless with security checkpoints, wand searches, heavy police presence in some cases. We are criminalizing normal adolescent behaviors. We are suspending and expelling our children in droves.”

The suspension and expulsion of students leads to a higher risk of incarceration. A student who is suspended even once is three-times more likely to be arrested and put into prison. This is what is meant by a School-to-Prison Pipeline.

Davis has seen how schools which have implemented restorative justice systems have begun to thrive. Grades are better, behavior is better and the students are more likely to succeed coming from a school with this system in place.

Along with the keynote and award presentations, the Alliance High School choir teamed up with choir students from Cleveland to perform gospel songs including “Let Everything That Hath Breath,” “SiSi Ni Moya,” “Common Ground” and “Let Peace and Love Shine Through.”